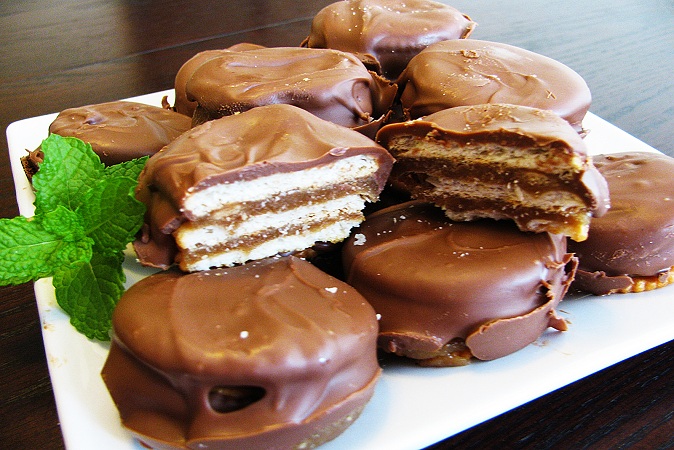 NUTELLA RECIPE: Before I start talking about this recipe, of which there is no much to say but 'it's a kick-ass recipe', I'd like to explain in a rant, why I hate Nestle!

Kit Kat belongs to Nestle for those of you that didn't know it. And Nestle' is an evil corporation!

01 - Nestle' is an aweful company. Trust me. In 2005, after the cocoa industry had not met the Harkin–Engel Protocol deadline for certifying the worst forms of child labor (according to the International Labor Organization's Convention 182) had been eliminated from cocoa production, the International Labor Rights Fund filed a lawsuit in 2005 under the Alien Tort Claims Act against Nestlé and others on behalf of three Malian children. The suit alleged the children were trafficked to Côte d'Ivoire, forced into slavery, and experienced frequent beatings on a cocoa plantation.

02 - In 2002, Nestlé demanded that the nation of Ethiopia repay US$6 million of debt to the company. Ethiopia was suffering a severe famine at the time. Nestlé backed down from its demand after more than 8,500 people complained via e-mail to the company about its treatment of the Ethiopian government. The company agreed to re-invest any money it received from Ethiopia back into the country.

03 - At the second World Water Forum, Nestlé and other corporations persuaded the World Water Council to change its statement so as to reduce access to drinking water from a "right" to a "need." Nestlé chairman and former CEO Peter Brabeck-Letmathe stated that "access to water should not be a public right." Nestlé continues to take control of aquifers and bottle their water for profit.

This is how bad is Nestle'... and i've just copied and pasted it from Wikipedia! LOL
But seriously... avoid using Nestle' products.
Anyway, if you really like kit kat but want to stick it up Nestle' then, make your own Kit kat at home!

So... back to us... I just made possibly the best and worst thing in the entire world.

Kit Kats are the stuff of dreams. Chocolate. Wafers. Amazingness. They’re completely out of this world and entirely underrated.

I always forget they even exist until Halloween comes around and you find Kit Kat Pumpkin everywhere.

02 - Place a Cracker in the bottom of each cup of the tray.

03 - In a small saucepan bring Butter, Sugars and Milk together to a boil over medium heat.

04 - Add in the crushed Graham Crackers and mix well for a couple of minutes.

05 - Divide the saucepan mixture in half into two different bowls.

06 - Using the first half of the mixture, spoon some over each Cracker inside the trays.

07 - Top with another Cracker and press down slightly to spread out the mixture in between the two Crackers.

08 - Now, spoon the second half of the mixture over each top Cracker.

09 - Top the mixture with another Cracker and press down slightly.

10 - Melt the Nutella and the Peanut Butter over a low heat and mix untill well combined.

11 - Pour the Nutella Mixture evenly over the top Cracker in each cup, making sure the Crackers and the cup itself are completely covered.

12 - Refrigerate for 4 Hours or until the Kit Kat are firm.