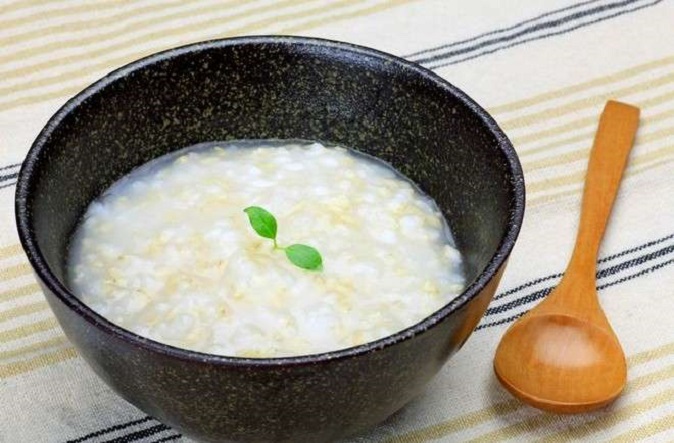 TRADITIONAL JAPANESE RECIPE: Okayu is Japanese rice porridge. It is often eaten when people are not feeling well. It has a very mild taste and it’s easy to digest, making it a perfect food when you don’t have much of an appetite.

Okayu is also eaten for breakfast sometimes. For example, some hotel restaurants there serve Okayu in a breakfast buffet.

Kayu (粥), or often okayu (お粥) is the name for the type of congee ( in China ) eaten in Japan, which is less broken down than congee in other cultures. For example, a Cantonese jūk typically uses a water-to-rice ratio of 12:1, but kayu typically uses ratios of 5:1 or 7:1. Also, its cooking time is shorter than that for other types of congee: kayu is cooked for about 30 minutes, while Cantonese jūk cooks for an hour or more.

Kayu may be made with just rice and water, and is often seasoned with salt. Eggs can be beaten into it to thicken it into gruel. Toppings may be added to enhance flavour; Welsh onion, salmon, roe, ginger, and umeboshi (pickled ume fruit) are among the most common. Miso or chicken stock may be used to flavor the broth. Most Japanese electric rice cookers have a specific setting for cooking congee.

In Japan kayu – because it is soft and easily digestible – is regarded as a food particularly suitable for serving to invalids and the elderly. For similar reasons kayu is commonly the first solid food served to Japanese infants; it is used to help with the transition from liquids to normally cooked "plain" rice, the latter being a major part of the Japanese diet.

A type of kayu referred to as nanakusa-gayu (七草粥, "seven herb porridge") is traditionally eaten on 7 January with special herbs that some believe protect against evils and invite good luck and longevity in the new year. As a simple, light dish, nanakusa-gayu serves as a break from the many heavy dishes eaten over the Japanese New Year.

Zōsui (雑炊) is a similar dish, which uses already cooked rice, rather than cooking the rice in the soup.

03 - Place the pot over medium heat. When it has started boiling, partially cover with a lid and cook at low heat for another 30-40 minutes.