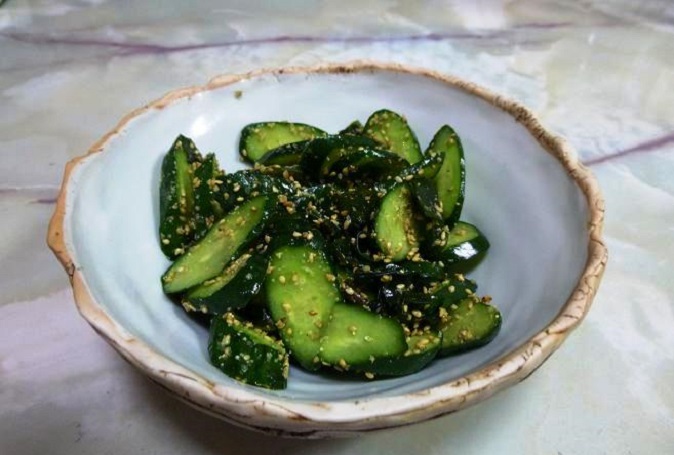 TRADITIONAL JAPANESE RECIPE: This Cucumber with Sesame Seeds recipe is a simple salad and a great yet small side dish. It takes literally no time to make it.

01 - Pound cucumbers hard with a pestle or a rolling pin. Break them apart at the cracks by hand.

02 - In a bowl, combine the Cucumber pieces with Salt, Sesame Oil, and Sesame Seeds and mix well.

- Pound the Cucumbers with a pestle or a rolling pin to break them apart instead of cutting with a knife. A rough surface on the Cucumbers makes seasonings adhere better.