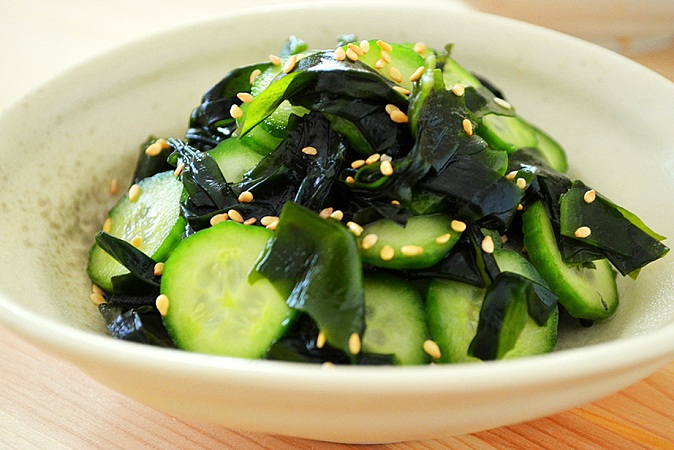 This salad is simple and very easy to prepare in a short time yet this is one of the most popular appetizers you often see at a Japanese dinner table..

Sunomono is a vinegar based dish usually made with cucumbers. 'Su' means vinegar in Japanese and there is a large variety of appetizers using vinegar and cucumber.

01 - Hydrate the Dried Wakame Seaweed into some water for 10 minutes.

02 - Drain the Wakame and squeeze all the water out.

03 - Slice the Cucumbers as thin as you can.

04 - Stir the Cucumber Slices in Salt, and let them sit for 5 minutes.

05 - Now, squeeze all the water out from the Cucumber slices.

06 - In a small bowl, mix Rice Vinegar, Sugar, Soy Sauce, and Sesame Oil together until all the Sugar is dissolved.

07 - Add the Vinegar mixture and the Sesame Seeds and mix well. Serve.