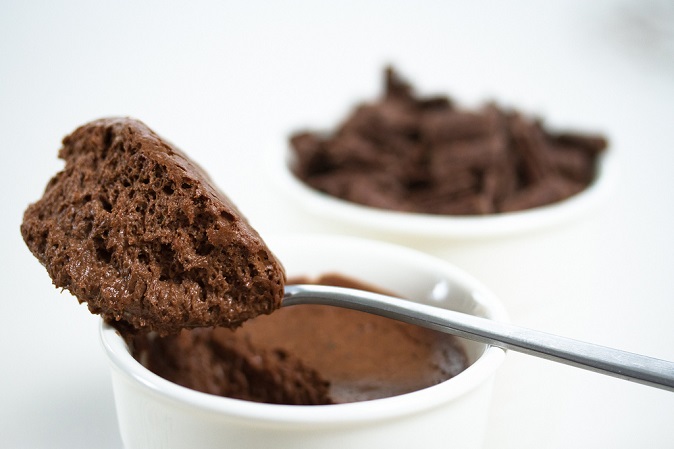 TRADITIONAL FRENCH RECIPE: When it comes to french classics, the classic chocolate mousse just requires an egg, and an ounce of chocolate per person, turned into something unique.

The method is quite easy, break the chocolate into bits and melt over a pan of simmering water, then stir in the egg yolks. Whisk the whites to soft peaks, and then gently fold in the chocolate mixture and refrigerate until set. Done!

Gordon Ramsay's recipe goes quite heavy on the cream. Not the traditional one, but a good alternative to eggs. It contains no egg yolks or butter for a start, although there is a goodly quantity of double cream; 300ml to 100g of chocolate.

01 - Melt the chocolate in a double boiler or in a metal heat-proof bowl placed over a saucepan of boiling water. Stir as chocolate is melting. Remove from heat when melted to cool slightly.

04 - Quickly mix the Egg Yolks into the melted chocolate and then whisk in a third of the Egg White.

05 - Gently, fold the rest of the Egg White into the mixture until just combined ( do not overmix ).

06 - Pour the Mousse into bowls and refrigerate for at least four hours until set.

- In the traditional french chocolate mousse, Vanilla is not required.