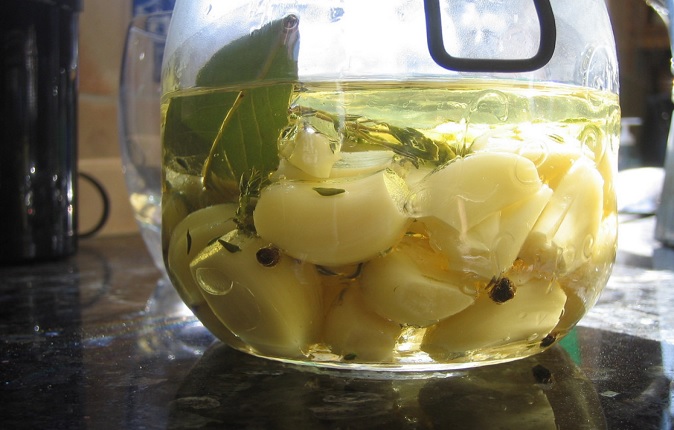 The confit cloves can be used to flavor soups, sauces, pastas, vinaigrettes, sandwiches, or marinades, virtually anything you wanna put it on. Even pop corn if you like it. Garlic confit is definately the most delicious garlic spread you’ll ever taste.

Personally I like to use extra virgin olive oil on everything. It is simply healthier.

01 - Simmer for about 45 minutes the Canola Oil with Garlic Cloves over medium-low heat and, cook until the Garlic is tender.

03 - Store in an airtight container in the refrigerator.

- Garlic Confit can be stored up to 10 days.