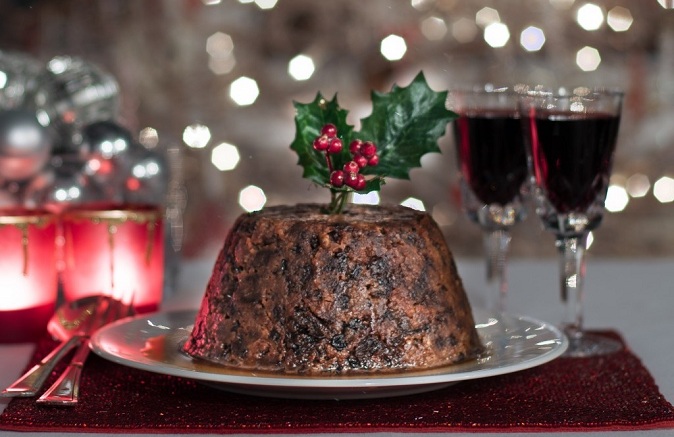 TRADITIONAL BRITISH RECIPE: Heavily laced with alcohol, the royals' festive pudding is not just for Christmas. It's athat kind of food that can be either a dessert or a savory dish.

Because of all that rum, beer and brandy, it is well-preserved and keeps well in the fridge for almost a year. The Windsors and their guests are still eating it the following September.

01 - In a large bowl mix together all the dry ingredients.

02 - Whisk in the Eggs and the Milk until everything is well combined. Let the mixture stand for 12 hours in a cool place.

03 - Add the Brandy, and push the silver sixpence into the mixture.

04 - Cover the basin containing the Pudding mixture with the square of paper ( or kitchen foil ) and tie on tightly with string just under the rim.

05 - Place the Pudding in a large saucepan ( with lid ). Pour in boiling water to come halfway up the sides of the basin, making sure the water doesn't touch the paper.

06 - Boil the Puddings for five hours. Add extra water each time it evaporates too much.

07 - Remove from the saucepan and leave the Pudding to cool off.

08 - Replace the Paper cover the basin and tie a new piece of paper.

09 - Place the Puddings ( well covered ) somewhere cool and dark for a week ( or two if the expiring date of the Eggs do allow it ) to mature.

10 - On Christmas Day reboil the Pudding in the same way for two to three hours. Serve.

11 - Heat 1 cup Brandy to boiling point and light with a match.

12 - Very carefully pour the flaming Brandy over the Pudding and bring it to the table. Serve.

- DO 11 and 12 ONLY if you are supervised by someone else ready to manage any spill.