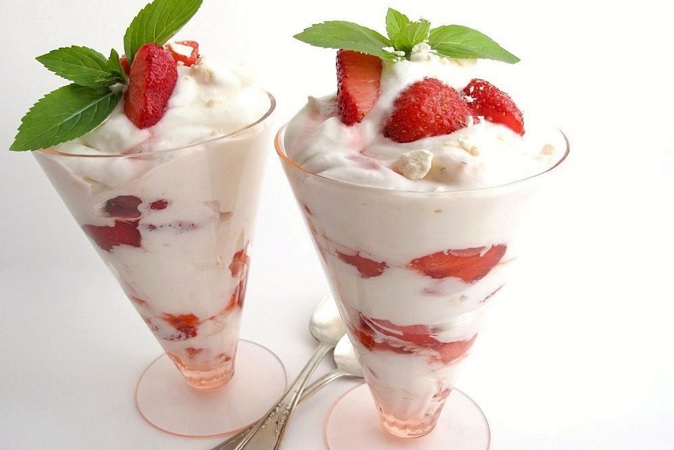 TRADITIONAL BRITISH RECIPE: The traditional Eton Mess recipe is probably the simplest recipe ever made in Great Britain. Made with broken meringues, strawberries and cream, it's everyone's favourite pudding.

The first time I tried it, I got sort of addicted to it. Then I learnt the eton mess recipe and started making it over and over again. It's really super easy, and takes a total of 10 minutes to make.

According to Recipes from the Dairy (1995) by Robin Weir, who spoke to Eton College's librarian, Eton mess was served in the 1930s in the school's "sock shop" (tuck shop), and was originally made with either strawberries or bananas mixed with ice-cream or cream. Meringue was a later addition, and may have been an innovation by Michael Smith, the author of Fine English Cookery (1973).

01 - Whip the Cream and Sugar until it forms soft peaks.

02 - Quickly cut the Strawberries in half or into thick chunks and fold into the whipped Cream.

03 - Crush the Meringues and fold into the Strawberry and Cream mixture.

05 - If you like, you can decorate with extra Strawberries.